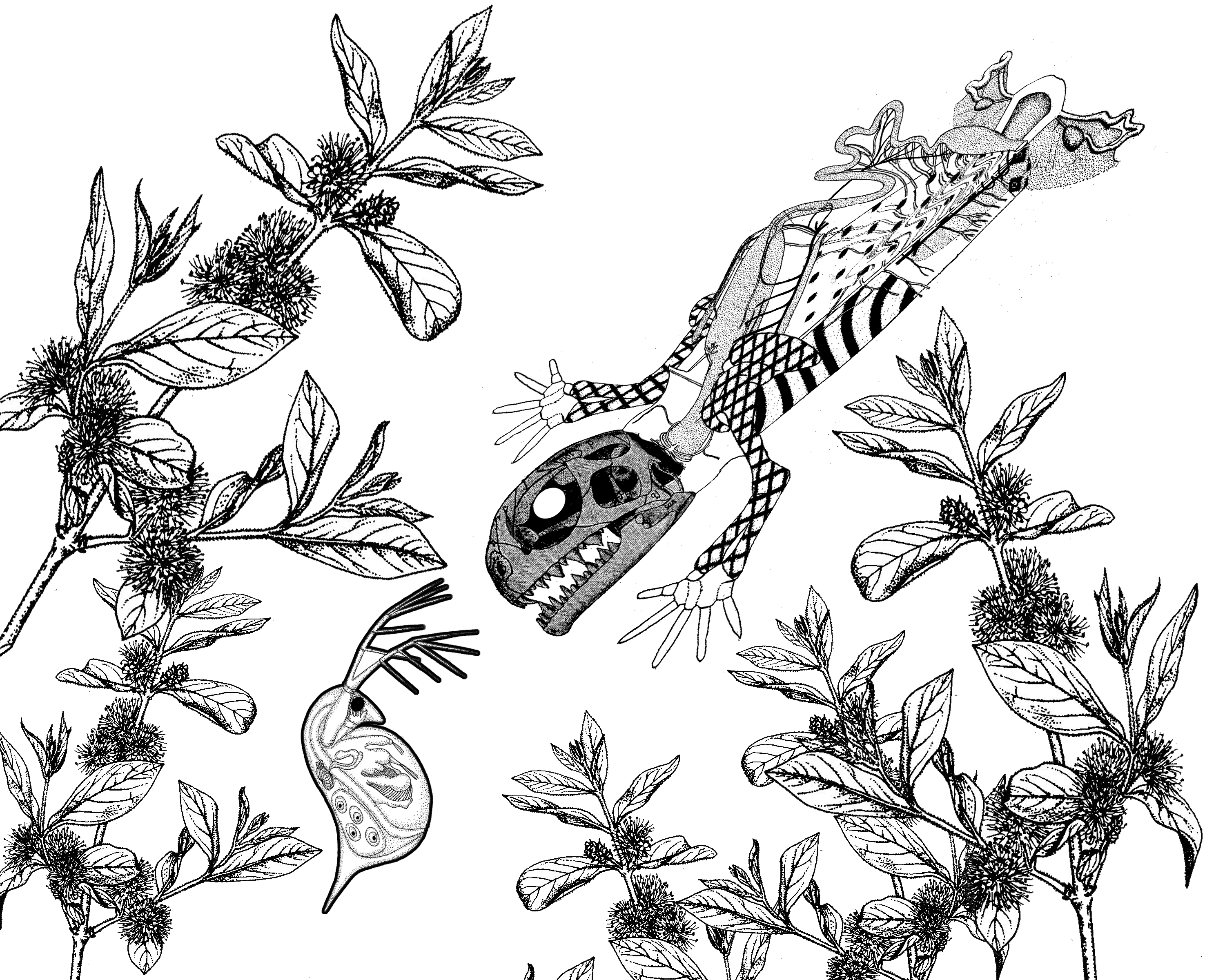 The evolution of the Taped Rugs audio project called "-Ing" took a big step toward its eventual full bloom in the summer of 1982.  Up until then, -Ing's Frippertronics-style audio loop recording set-up relied on the interactions between a Pioneer RT-707 reel-to-reel tape deck and  a Sony TC-630.  The different ways that each machine handled inputs and outputs required that the Pioneer serve as the recording deck in the loop set-up, while the Sony served as the playback deck.

Goff and Schaer often would alter the speeds of one or both of the tape decks during recording sessions to produce unique sounds.  They accomplished this not only by flipping switches while the decks spun around, but also by physically grabbing, tapping, and twisting the reels of tape.  Such physical abuse added to the unnatural wear and tear that the decks suffered from running their motors in tandem to accommodate -Ing's Frippertronics set-up.  By late 1981, the Sony TC-630 had begun to randomly change speeds on its own during operation. This, in turn, regularly broke up rhythms and intuitive elements of -Ing's improvisations, causing Goff and Schaer considerable frustration.

By spring, 1982, the motors in the worn-down Sony could no longer keep up with those in the Pioneer at all.  So in early summer, Goff and Schaer purchased an identical Pioneer to mate with their own RT-707.  These Pioneer decks were hearty, well-built, machines that could take a lot of abuse.  Over the next ten years, they not only served to generate all of –Ing's audio loop recordings, but were also used by the Taped Rugs acts:  Disism, Herd Of The Ether Space, and Goff himself, to create hundreds of audio loops for studio projects and live performances.

-Ing's new double RT-707 set-up provided Goff and Schaer with the ability to create uninterrupted loops of sound with very regular timing.  Goff and Schaer were then, in turn, able to focus their attention more on making aberrant sounds, rhythms, and washes with their musical instruments, and less on dealing with the quirky mechanics of their recording process.

"Salamanders After Dinner" was recorded in August, 1982, at one of the first sessions held after -Ing had upgraded its recording system.  It is an entire, uninterrupted, 43-minute long improvisation, which intuitively evolves from mood to mood through a wide variety of sonic atmospheres.   It highlights Schaer's uniquely percussive, as well as psychedelic, approaches to synthesizer playing.  Goff's electronic guitar playing -- embellished by slides, vibrators, playing cards, and foot pedals -- is on full display as well.   Staying true to -Ing's roots,  both the recording's beginning and ending feature some vicious tape manipulation.  In these bookend passages, however, the reels were tugged and slapped with only the purest "artistic" intentions, entirely unprovoked by any funky recording equipment glitches.

"Salamanders After Dinner" is Volume Two of the "Unveiled -INGredients" series of audio recordings.  Schaer and Goff recorded many hours of tape loop experiments as "-Ing" between 1980 and 1984. Most of the reel-to-reel tapes from those sessions have long since disappeared.  Steve Schaer himself sadly left behind the world of the living in 1998 as well.  However, in 2019, Steve's widow, Dee Ann, discovered some cassette copies of a few of the original -Ing reels, which Schaer had recorded back in the 1980s.  She passed these off to Robert Silverman (one of the original -Ing artists represented on -Ing's first public release), and he forwarded them to Goff in the spring of 2020.  The "Unveiled -INGredients" series was created from these cassette recordings.